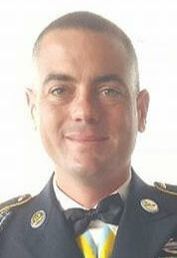 As the Founders of Delta Chi chapter began to graduate, Zach joined Alpha Phi Delta and instantly embodied the spirit of what the Founders were trying to create. Zach displayed unwavering dedication, leadership, acceptance, toughness, and loyalty throughout his undergraduate years and beyond. As an undergraduate, Zach served as Chapter Chaplain, Social Chair, and Pledgemaster, becoming a best friend to everyone part of and affiliated with the fraternity during those years.  Numerous brothers have spoken over the years about instances where they felt down, lost or insecure about something in their lives.  Zach saw they were struggling and found paths to make positive impacts in unique ways only Zach could.  He was always the first to show up, whether for philanthropy, a brotherhood event, or a football game, and always gave his absolute best from start to finish.  Zach affirmed and strengthened the foundation built by the chapter's founders, helping propel it for years to come, and his impact and spirit still very much live on in the chapter house today.

Obituary: The man. The myth. The legend. The resilient, squared away soldier and gregarious world traveler. Zachary Morgan Brown passed away May 8, 2022 in Hohenfels, Germany 5,214.74 miles from his birth place of Renton, Washington.

He had a long love affair with neighborhood campfires, dancing with kids at weddings, napping, and Baltimore Ravens football. He despised green vegetables, drinking water, wearing shirts sold by retail, and people that park up close to workout at the gym.
Zach had the honor of serving with so many that call him brother, but he was born to Cheryl (Wood) Brown and David (Randy) Brown and sister Jessica (Brown) Timmerman on October 17, 1985.

Zachary, or Zach to most people except Grandma Nada, frequently moved as a child for his father's job, smiling his way through stints in Parker, CO, Westminster, MD, Abingdon, MD and Sterling, CO. Apparently, people in the 80s and 90s didn't Zoom, forcing Zachary and Jessica to become extremely close and seriously competitive (a trait that would live on, long into their adult lives).

Zach was an excellent, albeit sometimes mouthy student, a gifted athlete and very active in student body leadership roles.  Don't ask why, but one of Zach's goals was to be a Buff at the University of Colorado at Boulder. CU alum still tout their one national title like they deserve to be talked about in the same breath as the SEC. A memorable trip from his college days was attending the Big 12 Championship against Oklahoma, where they stayed in the rival fan’s hotel and, while this comes as a surprise to no one, they lost 70-3.
College may not have gone as planned… I mean who thought majoring in International Affairs and Russian would be easy? Zach had a quick career as a roughneck in the oil patch before Uncle Sam scooped him up to go to Bootcamp in Fort Benning, GA.  His legacy includes the ability to crack a ridiculously hilarious joke to ease wartime tensions. He was deployed to Iraq in 2009 and Afghanistan in 2012. He leaves this life as an accomplished E7, Sergeant First Class.

Zach loved to tell stories and you could bet at least 50 percent of them were true. Like his sister throwing him through a game room window over cheating during Uno. Or that when he met Kelley Anne MacCubbin while she was slinging wings at Bill Bateman's Bistro, he knew she was the one. Zach and Kelley were engaged at Canlis, in Seattle, at none other than “The Duke”, John Wayne’s, personal table and this larger than life personality had to have two weddings, one at The Flamingo in Vegas circa 2009 and one with chiavari chairs in Baltimore, 2010.

The most valuable fruit Zach produced was his son, David Robert Brown, born November 26, 2016.  Zach and David enjoyed playing soccer (he refused to call this football) and basketball together.  Zach loved David more than anything; always calling him "little man", the two were truly best friends.   Coworkers recall Zach finishing his homework at work so that he could spend all his time at home, truly connecting with David. Zach and David share a strong physical resemblance but David's super outgoing personality and fierce leadership qualities will make his Dad proud for a lifetime to come.

Zach and Kelley excelled at assimilating to military life and made friends wherever the Army sent them. Using their home base to their advantage, they were able to capitalize on Zach’s love of travel. Some of his favorite trips included Slovenia, Croatia, and Italy. Zach, Kelley and David last visited Dublin, Ireland and were looking forward to seeing Portugal, Venice, and Finland.

Zach is survived by his wife of 13 years, Kelley and his smart as a whip son David, 5 of Hohenfels, Bavaria, Germany, parents-in-law Lynda and Bob MacCubbin of Ocean Pines, MD and brother-in-law Ryan (Nancy) MacCubbin of Berlin, MD.