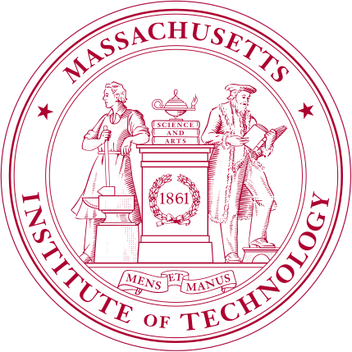 The Massachusetts Institute of Technology (MIT) is a private research university in Cambridge, Massachusetts, founded in 1861 in response to the increasing industrialization of the United States. The institute adopted a European polytechnic university model and stressed laboratory instruction in applied science and engineering. MIT's early emphasis on applied technology at the undergraduate and graduate levels led to close cooperation with industry. Curricular reforms under Karl Compton and Vannevar Bush in the 1930s emphasized basic science. MIT was elected to the Association of American Universities in 1934. Researchers worked on computers, radar, and inertial guidance during World War II and the Cold War. Post-war defense research contributed to the rapid expansion of the faculty and campus under James Killian. The current 168-acre (68.0 ha) campus opened in 1916 and extends over 1 mile (1.6 km) along the northern bank of the Charles River basin.

Today, the Institute comprises various academic departments with a strong emphasis on scientific, engineering, and technological education and research. It has five schools and one college, which contain a total of 32 departments. MIT has a strong entrepreneurial culture. The aggregated revenues of companies founded by MIT alumni would rank as the eleventh-largest economy in the world.

MIT is traditionally known for research and education in the physical sciences and engineering, and more recently in biology, economics, linguistics, and management as well. It is one of the most selective higher learning institutions, and received 18,357 undergraduate applicants for the class of 2018—but only admitting 1,419, an acceptance rate of 7.7%. MIT is considered one of the world's leading institutions for the study and research of the physical sciences, mathematics, and engineering. The "Engineers" sponsor 31 sports, most teams of which compete in the NCAA Division III's New England Women's and Men's Athletic Conference; the Division I rowing programs compete as part of the EARC and EAWRC.

As of 2014, 81 Nobel laureates, 52 National Medal of Science recipients, 45 Rhodes Scholars, 38 MacArthur Fellows, and 2 Fields Medalists have been affiliated with MIT.

Motto in English: Mind and Hand