Donate to the Rocco Muffi Scholarship 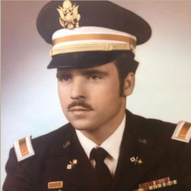 Rocco served the Pittsburgh Alumni Club (PAC) for many years and was a Social Chairman, VP and President - he was initiated on 4-12-65, is an army vet, he served 1 year in Vietnam were he became a company commander and did not lose 1 man - he has a bronze star and an army commendation medal - he was awarded the PAC Outstanding Alumnus Award in 1991

​Born November 24, 1945 in Abruzzi, Italy, Rocco came to the United States in 1957. He graduated from Schenley High School in 1964 and Duquesne University in 1968 with a degree in Business and Modern Languages. He proudly served 2 years on active duty in the U.S. Army in Fort Gordon, GA, Fort Lee, VA, and one year in Vietnam as a Captain and Commanding Officer of Charley Company and Headquarters Company of the 459th Signal Corps Battalion without a single casualty due to good luck and lots of blessings from above and surrounded by prayers from his family. Rocco spent 25 years in the petroleum industry with Arco and Sunoco as territory manager and later as credit manager. In 1995 he changed careers and became an insurance agent and stock broker for the next 20 years. He loved his family, life and gardening. He was a member of the Green Tree American Legion Post 823. Rocco served as a Lector at St. Margaret of Scotland Church in Green Tree for 22 years. He was also a volunteer at the Greentree Farmers Market for several years.