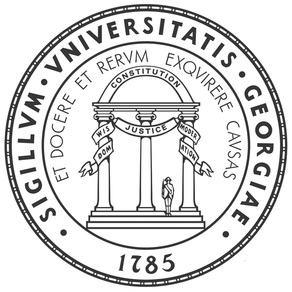 The University of Georgia, founded in 1785, and commonly referred to as UGA or simply Georgia, is an American land-grant university and sea grant research university, and is classified as a 'Research University/Very High Activity', according to the Carnegie Foundation for the Advancement of Teaching. Its primary campus is located on a 759-acre (3.07 km2) campus in Athens, Georgia, USA. It is considered Georgia's flagship university. The university is ranked 20th overall among all public national universities in the current 2014 U.S. News and World Report rankings consistently ranks within the top 500 international universities worldwide across numerous publications. While having high marks, including top 10 evaluations in particular fields of various studies. The University of Georgia is a part of the University System of Georgia and is accredited by the Southern Association of Colleges and Schools.

Founded in 1785 as the United States' first state-chartered university, it is the oldest and largest of Georgia's institutions of higher learning and along with the College of William and Mary and the University of North Carolina at Chapel Hill claims the title of the oldest public university in the United States. The university's historic North Campus is on the U.S. National Register of Historic Places as a designated historic district.

The university offers over 140 degree programs in a wide array of disciplines. Consisting of thirteen libraries spread across multiple campuses, UGA Libraries contains a total of 4.7 million volumes and one of nation’s largest map collections. The University of Georgia is one of 126 member institutions that comprise the Association of Research Libraries.

Motto in English: Both to teach and to inquire into the nature of things.