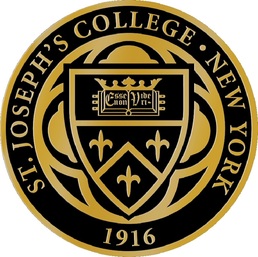 St. Joseph's College is a liberal arts college in New York State, with campuses located in the Clinton Hill area of Brooklyn and in Patchogue, Long Island. Independent and coeducational, the College provides education at the undergraduate and graduate levels, offering degrees in more than 25 majors, special course offerings and certificates, affiliated and pre-professional programs through its School of Arts and Sciences and its School of Professional and Graduate Studies. Dedicated to providing an affordable education to a diverse group of students, St. Joseph's College has been recognized by U.S. News and World Report's "America's Best Colleges" issue for more than a decade.

Originally named St. Joseph's College for Women, the college was founded by the Sisters of St. Joseph of Brentwood, in response to the need for a day college for young women. The college received a charter from the Regents of the University of the State of New York on February 24, 1916. After the college outgrew its original Brooklyn facilities at 286 Washington Avenue, it moved to its present site at 245 Clinton Avenue in 1918. The College's first baccalaureate degrees were conferred on fourteen graduates on June 17, 1920.

In 1970, the school's name was changed to St. Joseph's College and  the first male students were admitted. In 1978, St. Joseph's College expanded its operation at the Suffolk Branch Campus to a full four-year program, and in 1979 moved to a twenty-five acre campus in Patchogue with impressive facilities.

Motto in English: To be, not to seem