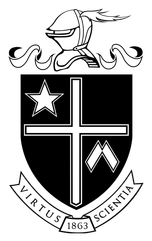 La Salle University is a private, co-educational, Roman Catholic university located in Philadelphia, Pennsylvania, U.S. Named for St. Jean-Baptiste de La Salle, the university was founded in 1863 by the Institute of the Brothers of the Christian Schools. The university offers traditional, online, and hybrid courses and programs. As of 2008 the university has approximately 7,554 students, about 63% of whom are undergraduates. La Salle's campus is located in two neighborhoods: both North and South parts of campus are in the Logan neighborhood, and the western part of campus is located in the Germantown neighborhood of the city. The university is affiliated with the Roman Catholic Church through the Archdiocese of Philadelphia.

La Salle College was founded in March 1863 as an all-male college by Brother Teliow and Archbishop James Wood of the Archdiocese of Philadelphia. It was first located at St. Michael's Parish on N. 2nd Street in the Olde Kensington section of Philadelphia. La Salle soon moved to the building vacated by St. Joseph's College at 1234 Filbert Street in Center City, Philadelphia. In 1886, due to the development of the Center City district, La Salle moved to a third location, the former mansion of Michael Bouvier, the great-great-grandfather of Jacqueline Kennedy Onassis, at 1240 North Broad Street. Due to space constraints, La Salle finally moved to its current campus at the intersection of 20th Street and Olney Avenue in 1930. La Salle admitted women to its regular classes in 1970, becoming a fully co-educational institution. A year later, La Salle opened Olney Hall, its main academic building.