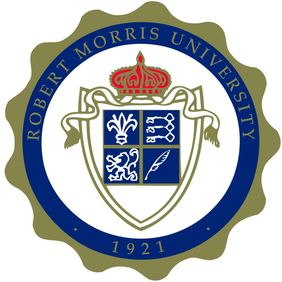 Robert Morris University originated in 1921 as the Pittsburgh School of Accountancy, founded by Andrew Blass. It was based in various downtown buildings during its early decades, including the William Penn Hotel. In 1962 the school purchased Pine Hill Manor and Farm in Moon Township, Pennsylvania, formerly the home of Oliver Kaufmann, vice president of Kaufmann's department store in Pittsburgh, his wife, Freda, and their children. The Commonwealth of Pennsylvania then granted the school permission to award associate degrees, and the school became Robert Morris Junior College. The first new buildings, Franklin Center and three residence halls, were erected in 1963. The school became Robert Morris College in 1969, and for decades operated two separate campuses. In 2002, it attained university status. In 2010, the university sold its Downtown Center at 600 Fifth Avenue to Duquesne University.