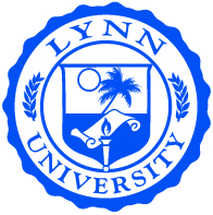 Lynn University is an American private, non-profit university in Boca Raton, Florida, founded in 1962. It hosts students from nearly all 50 U.S. states and approximately 80 nations. 24% of students come from countries outside the United States (percentage includes students with dual citizenship/residency). The university is accredited by the Commission on Colleges of the Southern Association of Colleges and Schools to award associate’s, baccalaureate, master's and doctoral degrees.

The school first opened in 1962 as Marymount College, a women's junior college founded by the Religious of the Sacred Heart of Mary (RSHM). In 1971, a period of transition began, and the school was placed under the control of a lay board. At that time, Donald E. Ross was named president. In 1974, the name was changed to the College of Boca Raton. The college was granted accreditation at Level II in 1986. In 1988, it was accredited at Level III. During this time it was transformed from a two-year school to a four-year college with a master's program. The College of Boca Raton became Lynn University in 1991 to honor its benefactors, the Lynn family.