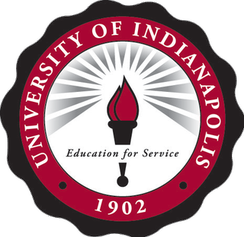 The University of Indianapolis, or "UIndy", is a university located in Indianapolis, Indiana, United States, which is affiliated with the United Methodist Church. Established in 1902, the university offers associate's, bachelor's, master's, and doctoral degrees, and has more than 5,400 students. The main campus is located on the south side of Indianapolis at 1400 East Hanna Avenue, just east of Shelby Street. UIndy also offers degree programs through partnerships in China and Belize. The colors of the university are crimson and grey. The university was chartered in 1902, but instruction did not start until 1905. While established as Indiana Central University (ICU), the school was colloquially known as Indiana Central College (ICC) from 1921 to 1975. Academic administration was restructured to group programs into colleges and schools, and the institution returned to using the Indiana Central University name from 1976 to 1986. The initials "ICU" can still be seen in brick on the front side of Krannert Memorial Library on campus. In 1986, the university adopted the name University of Indianapolis.