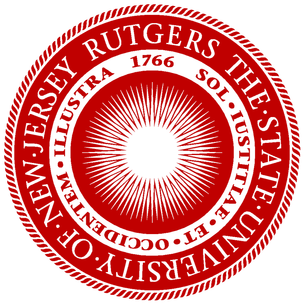 Rutgers, The State University of New Jersey, commonly referred to as Rutgers University, Rutgers, or RU, is an American public research university and the largest institution for higher education in New Jersey.

Originally chartered as Queen's College on November 10, 1766, Rutgers is the eighth-oldest college in the United States and one of the nine "Colonial Colleges" founded before the American Revolution. The college was renamed Rutgers College in 1825 in honor of Colonel Henry Rutgers (1745–1830), a New York City landowner, philanthropist and former military officer, whose generous donation to the school allowed it to reopen after years of financial difficulty.

For most of its existence, Rutgers was a private liberal arts college affiliated with the Dutch Reformed Church and admitted only male students. The college expanded its role in research and instruction in agriculture, engineering, and science when it was named as the state's sole land-grant college in 1864 under the Morrill Act of 1862. It gained university status in 1924 with the introduction of graduate education and further expansion. However, Rutgers evolved into a coeducational public research university after being designated "The State University of New Jersey" by the New Jersey Legislature in laws enacted in 1945 and 1956. It is one of only two colonial colleges that later became public universities.

Rutgers has three major campuses, a flagship campus located in the City of New Brunswick and adjacent Piscataway Township, and two additional campuses in Newark and Camden, with additional facilities elsewhere in New Jersey. Instruction is offered by 9,000 faculty members in 175 academic departments to over 45,000 undergraduate students and more than 20,000 graduate and professional students.

Motto in English: Sun of righteousness, shine upon the West also.