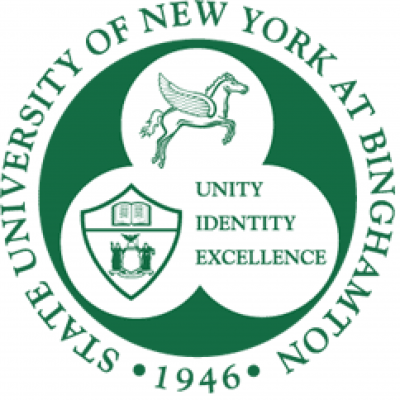 Binghamton University is currently ranked 88th among the 201 national universities ranked in U.S. News and World Report '​s 2015 America's Best Colleges and Universities ranking, and has been called a "Public Ivy" by Greenes' Guide. The Carnegie Foundation for the Advancement of Teaching has classified the university as Research University with high research activity. Binghamton University is famous for the quality of education given the affordable price. For many years, the university has been ranked as one of the top 10 best-value public colleges.

Although the university's mailing address is in Binghamton, its main campus is actually located in the town of Vestal, with a secondary education center located in downtown Binghamton. The Vestal campus is listed as a census-designated place for statistical purposes and had a residential population of 6,177 as of the 2010 census.

Motto: From breadth through depth to perspective