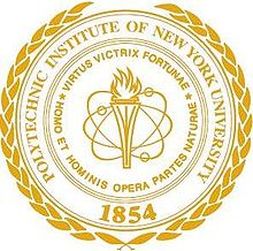 New York University Polytechnic School of Engineering is one of the 18 schools and colleges that comprise New York University (NYU). Founded in 1854, the school is the second oldest private engineering and technology school in the United States.[2] Curriculum is based on a European polytechnic university model emphasizing instruction of technical arts and applied sciences. The school's main campus is in Brooklyn's MetroTech Center, an urban university-industry science and technology park.

By charter of its Delta Chapter, Alpha Phi Delta has authorized men of New York University Polytechnic School of Engineering to be eligible for fraternity membership since November 5, 1914.