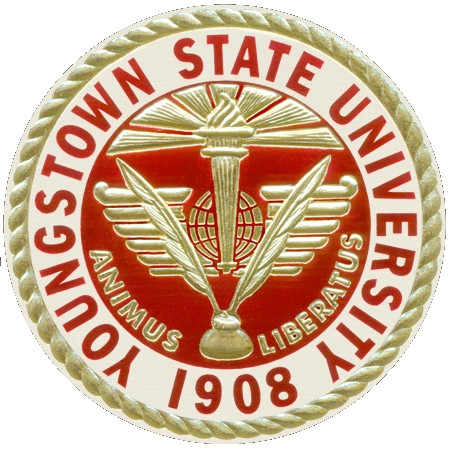 Youngstown State University (YSU), founded in 1908, is an urban research university located in Youngstown, Ohio, United States. As of fall 2010, there were 15,194 students and a student-faculty ratio of 19:1. The fall 2010 enrollment figure is the highest since 1990, when the number of students on campus was 15,454. Records show that 11,803 of the students are undergraduates. Beyond its current student body, YSU claims more than 84,000 alumni.

The university's origins trace back to 1908, when the local branch of the YMCA established a school of law within the Youngstown Association School. In 1921, the school became known as the Youngstown Institute of Technology and offered its first evening courses. In 1928, a year after establishing the College of Arts and Sciences, the institute once again changed its name to Youngstown College. In 1955, Youngstown College was renamed as Youngstown University, an indication of the school's broadening curriculum.(note: A private for profit Youngstown College was formed in 1987 and had no affiliation with YSU. The college closed its doors in mid-2000 due to financial issues.)

On September 1, 1967, after becoming a public institution, Youngstown University became officially known as Youngstown State University. The following spring, YSU opened a Graduate School and College of Applied Science and Technology. In 1974, the College of Fine and Performing Arts was established.