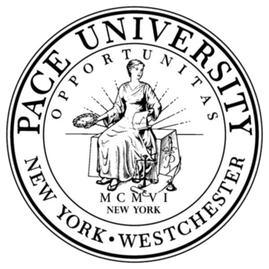 Pace University is a private university in the New York metropolitan area with campuses in New York City and Westchester County, New York. In 1906, brothers Homer St. Clair Pace and Charles Ashford Pace founded the firm of Pace and Pace to operate their schools of accountancy and business. Taking a loan of $600, the Pace brothers rented a classroom on one of the floors of the New York Tribune Building, today the site of the One Pace Plaza complex. The Paces taught the first class of 13 men and women. The school grew rapidly, and moved several times around Lower Manhattan. In 1963, the Pleasantville campus was established using land and buildings donated by the then-president of General Foods and Pace alumnus and trustee Wayne Marks and his wife Helen.