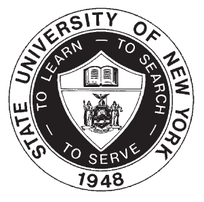 The college was founded June 14, 1966. The Marcy campus, formerly SUNYIT, located just north of Utica, New York, was established in 1987. The Albany campus was formerly a component of the University at Albany, established in January 2003.

SUNY Poly is New York's public polytechnic college and is accredited by the Middle States Association of Colleges and Schools. SUNY Poly students pursue undergraduate and graduate degrees in the emerging disciplines of engineering, engineering technology, nanoscale science, nanoscale engineering, as well as nanobioscience and nanoeconomics programs at its Albany campus. Other programs and degrees in technology, professional studies, and the arts and sciences are offered at its Utica campus. SUNY Poly students come from across the state of New York, throughout the United States, and more than twenty other nations. More than 25,000 alumni enjoy successful careers in a wide range of fields.